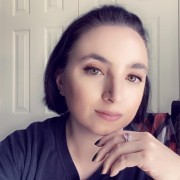 My oldest was brushing his teeth the other night, and when I went to check how well he did, I saw he had a loose tooth. We had been talking about losing teeth for a few weeks, as he will turn 6 in a few months.

He was really worried that he would swallow his tooth, or it would fall out without him knowing. My husband and I tried to reassure him that he will know when it comes out. We explained that it will continue to loosen until one day he tries to wiggle it and out it will come.

Last night he bites into a blueberry and then yells “My tooth came out!” He was so excited! So we explained again what to do with his tooth.

We put it in a small bag, and he placed it under his pillow. Just before bed, he picks up his pillow and says “Tooth Fairy didn’t come yet!” I told him, that just like Santa and the Easter Bunny, the Tooth Fairy only comes when kids are asleep.

At about 1am he wakes me up to show that the Tooth Fairy gave him money. I was thrilled, of course….or at least as much as I could be with one eye open. He was very excited when he woke up later, and needed to FaceTime his dad, who was at work, to tell him he got money.

Then surprisingly when we talked about what to do with his money, spend it now or save it, he chose to save it. Very proud of him for making that choice.

Do your kids believe in the Tooth Fairy? Or if you have older children, when did they stop believing?